Welcome to leading Manufacturer of SAW Pipes in India

ASHWAMEDH ENGINEERS is a Leading Manufacturer of SAW Pipes in India

We are leading supplier and manufacture of SAW Pipes, MS Pipes and Fabricated Pipes in Mumbai, Maharashtra and PAN India

We have a ISI and ISO certification to manufacture pipes.

We have a well experienced and qualified team of supervisors, skilled workers who manufacture pipes as per exact specification and maintain a very high level of quality control.

We have an in-house laboratory and a complete set of calibrated equipments which help us with quality control.

We maintain a record of all material which is processed in our company and regularly engage TPI bodies to contact quality checks.

We have a complete automade plant with automatic rolling machines, automatic welding machines and hydraulic testing machines which help in fast production of pipes. 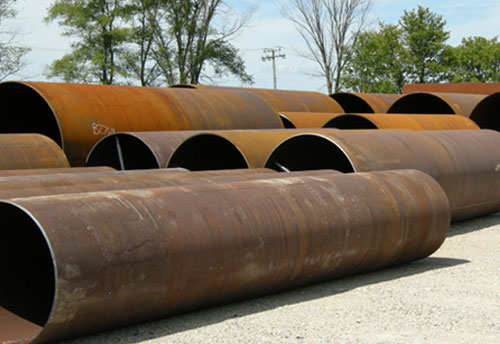 We have a fully automatic manufacturing plant. Total manufacturing capacity is 10,000 tonnes annually. The SAW Pipes are mainly used for energy transporation in oil and gas sector as well as for water, supply and gas transportation

Ashwamedh Engineers & fabricators was comissioned in the year 2001 and has grown from a humble 30tonnes per year to 5000M Tonnes per year production capacity.

With a vision to establish itself as a leader as manufacturer of Saw Pipe in Mumbai, Maharashtra, India, Mr. Ashish Parulekar (Propietor) of M/S. Ashwamedh Engineers & fabricators has taken a number of steps to increase the reach and production capacity of the company.

Till date Ashwamedh Engineers & fabricators has manufactured not less than 190,000 meters of pipes of various sizes.

Currently we are manufacturing pipes of sizes from 18" to 118".

Currently we have supplied pipes to Maharashtra, Gujrat, Rajasthan, Andra Pradesh and Karnataka.

Since we are counted among the leading manufacturer and supplier of saw pipes manufacturers and suppliers in Maharashtra, India, we value the client’s requirement. We have supplied pipes for major pipe line projects in Oman, Singapore, Bangladesh, Nepal.

Currently the company is having following certificates

DEPARTMENTS TO WHICH PIPES ARE SUPPLIED

THIRD PARTY AGENTS WHICH HAVE CONDUCTED TEST IN COMPANY